In 1966 Sir Francis Chichester set sail from his mooring at the Buckler’s Hard Yacht Harbour to become the first person to single-handedly circumnavigate the globe. We’re delighted that his yacht is once again moored on the Beaulieu River. 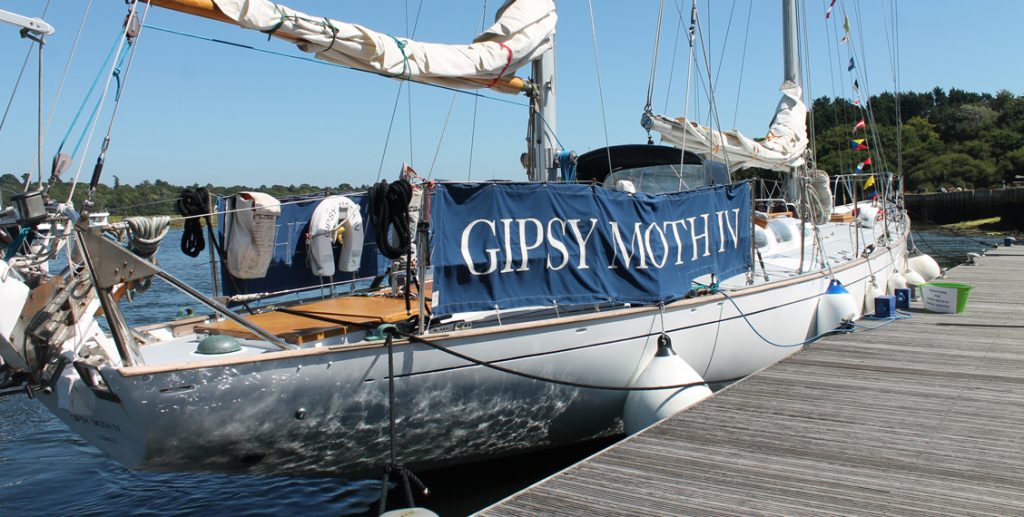 A mooring holder on the Beaulieu River since the 1950s, Sir Francis Chichester sailed from Buckler’s Hard on August 12th 1966 for trials on the Solent before finally leaving Plymouth on August 27th. After 226 days at sea, with only one stop in Sydney, the 65-year-old sailor and former aviator finally returned to Buckler’s Hard on September 17th the following year. He had travelled a staggering 29,630 miles in the 54ft ketch.

He set a number of world firsts and records through his successful voyage. He was the first person to sail solo around the earth and the fastest circumnavigator with his record of nine months and one day, which was almost twice as fast as the previous record.

Weeks after his circumnavigation, Sir Francis was knighted for “individual achievement and sustained endeavour in the navigation and seamanship of small craft”. Asked why he undertook the journey, Sir Francis Chichester said simply: “Because it intensifies life.”

See artefacts from the voyage

Tales and artefacts from the voyage are on show in Buckler’s Hard Maritime Museum, which is just a short walk from the Buckler’s Hard Yacht Harbour marina. Items on show include a map and personal items from the adventure, along with records of the floodings and even a capsizing!