Lord Montagu has reopened Buckler’s Hard Yacht Harbour following the completion of its major £2m redevelopment, 50 years after the marina was first built as a haven for boats on the Beaulieu River.

Faces from past and present came together to celebrate the milestone achievement in a special Covid-safe ceremony on board Gipsy Moth IV, the yacht that Sir Francis Chichester famously sailed around the globe. Lord Montagu and his sister The Hon. Mary Montagu-Scott were joined by Harbour Master Wendy Stowe and former Harbour Master Bill Grindey to mark the occasion and welcome sailors back to the marina. 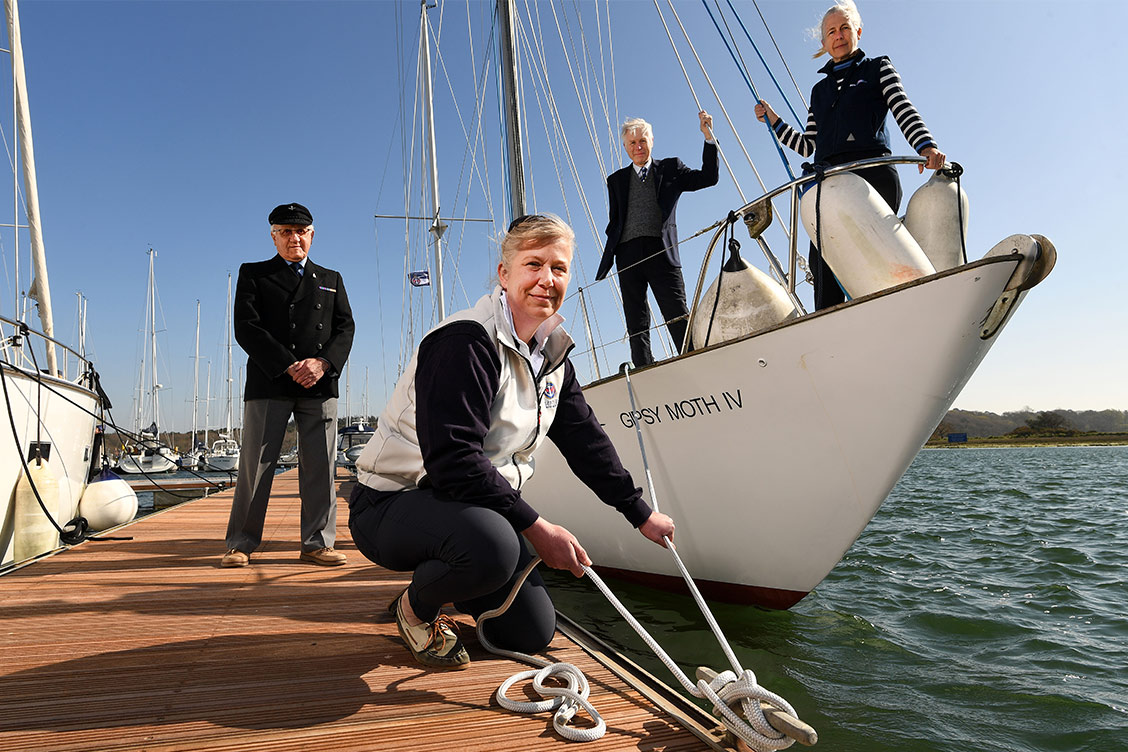 Half a century after it was opened in 1971, Buckler’s Hard Yacht Harbour is now ready for the next chapter of its history. The expanded marina boasts 66 new berths, an increased provision of walk-ashore pontoons and improved facilities, keeping pace with modern demands while maintaining the natural charm which makes it one of the most desired locations on the south coast.

Gipsy Moth IV looked right at home on one of the new pontoons as she proudly flew a special burgee to mark the golden anniversary. One of the Beaulieu River’s most famous boat residents, the yacht was originally moored on the Beaulieu River before its epic journey around the globe, when Bill Grindey was Harbour Master.

After two winters of upheaval, and over a year of coronavirus restrictions, it is a great relief to see the marina reconfiguration completed just as the country is coming out of the third lockdown. I hope that the berth holders approve of the changes and that, for those who have kept their boat on the river for several decades, the atmosphere of the river does not seem too different to when the marina was built 50 years ago. It was wonderful to have Gipsy Moth IV in the river to mark the completion of work, making a connection to the years before the marina was built.

The Beaulieu River truly is a special place. In fact, it’s my favourite place on earth and there are many sailors like me who find it an absolute joy to sail on such an unspoilt river with its estuary creeks and wooded banks. We really are privileged to have such a wonderful team in place at Buckler’s Hard Yacht Harbour, focused on excellent customer service and helping everyone to enjoy their time here, 50 years after the marina was first established.

As one of the few privately owned rivers in the world, the custodianship of the Montagu family has protected the Beaulieu River for over four centuries and the redevelopment was undertaken in a sustainable way to protect its unique character. Gosport-based specialist marina consultancy Marina Projects retain the traditional look and feel of the original 1971 marina, while updating it with the best of modern equipment and design. Meanwhile, Fareham-based Walcon Marine reused as much of the existing infrastructure as possible. Unique to the Beaulieu River, they pioneered a new way to reuse the Greenheart timber piles, reusing the piles in their entirety where possible, or creating a new ‘hybrid’ pile, which combines a section of the existing timber with a lower steel encasement for the below-water-line section. This sustainable method has helped maintain the traditional charm of the marina.

We’re so proud that Buckler’s Hard Yacht Harbour has reached such an important milestone in its history and that we’re welcoming back sailors after the completion of its redevelopment, half a century after it was opened by the late Edward, Lord Montagu and Sir Chay Blythe CBE BEM. As has always been the way on the Beaulieu River, the protection of the river’s environment is still the most important consideration, and it was important to us that the redevelopment re-used some of the existing equipment to help preserve the feel of the original yacht harbour.

As a key appeal of the Beaulieu River remains its natural beauty and scenic New Forest location, the redevelopment has included a new black water pump-out facility as well as a new wash down area, enabling pressure washing to be undertaken in an environmentally sensitive manner. 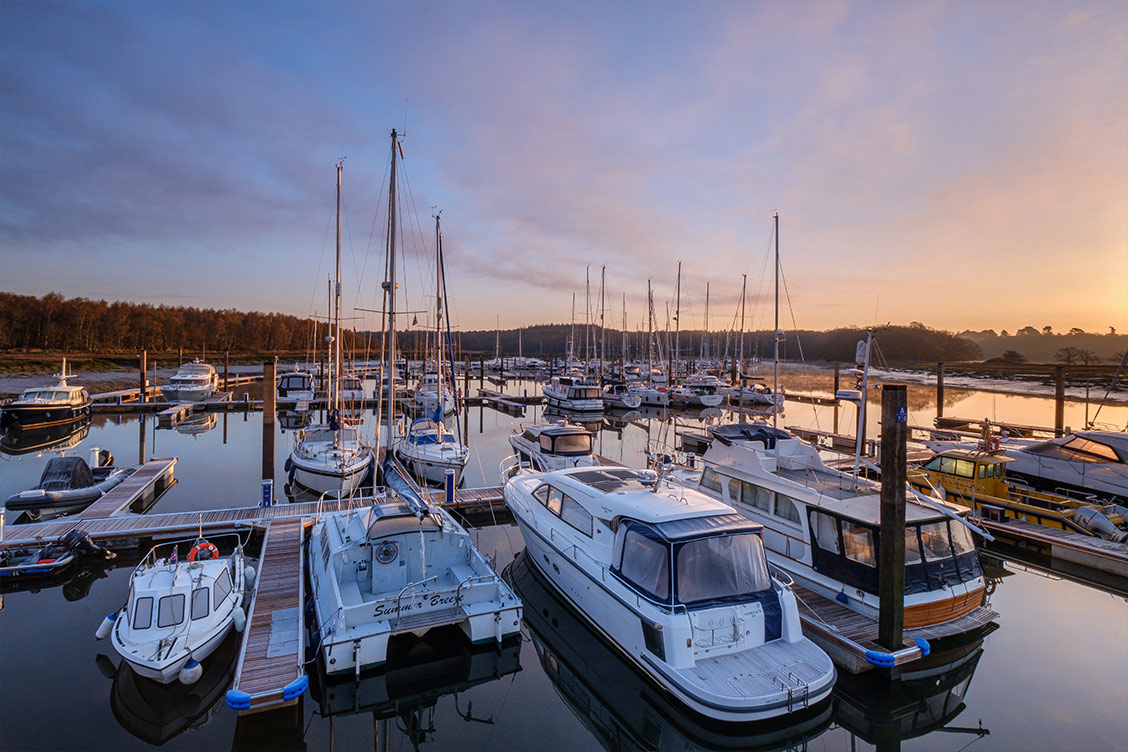 The improvements include 66 new marina berths, including larger berths to suit vessels up to 20m, as well as upgraded electrical services, improved WiFi and a new dedicated visitor area. The new visitor area opened last summer and is already proving popular this year, with sailors eager to escape to the jewel of the Solent at the gateway to the New Forest.

The redevelopment is part of a continuing programme of improvements at the yacht harbour, which was awarded The Yacht Harbour Association’s coveted Coastal Marina of the Year (for under 250 berths) trophy in 2018/19, then named runner-up in The British Yachting Awards’ Marina of the Year category in 2020. 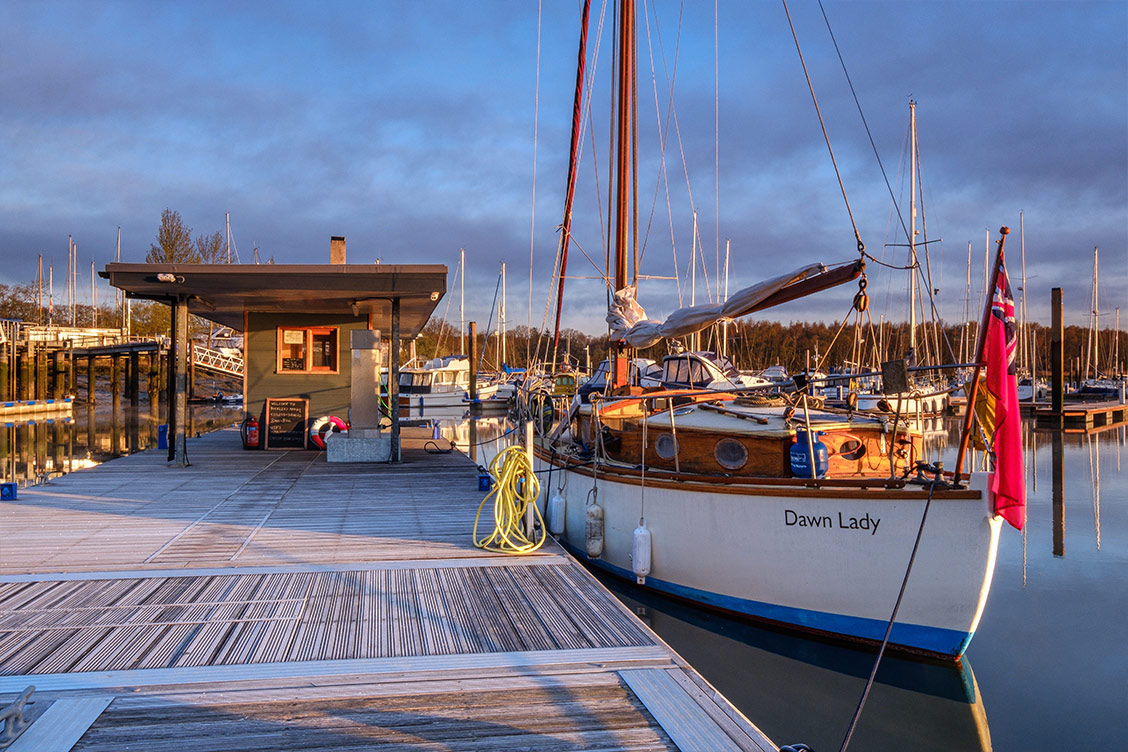 Buckler’s Hard Yacht Harbour has a long track record of outstanding customer service and offers full marina services, an open policy boatyard and chandlery, along with a range of benefits. The pleasures of the New Forest are on the doorstep, while the beauty spot of Buckler’s Hard village is just a stroll away, with its restaurant, tea shop and Maritime Museum.